Ask Sue Open Letter from All Advocates via media to NYCACC. 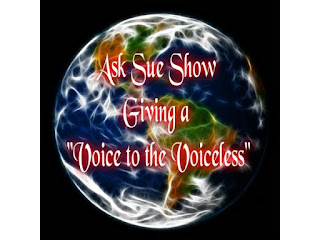 Hi there all, how are you all??
I have been busy again and last Thursday I did a show from 10pm - approx 1.30am talking regarding the NYCACC. This has been a very hot topic and one being followed around the world.
So many stories regarding dogs and cats for many different reasons. I simply want NYCACC to open their doors to me to see if with the radio we can discuss both sides NYCACC AND THE ADVOCATES. I do believe with no amount of effort or cost we could make it into a NO KILL SHELTER. That of dogs that are well that have minimal issues judged by a professional behaviourist.
Ie like Jim Crosby. Who has been on the ASK SUE RADIO SHOW many times.

Listen to the two shows. Let me know your thoughts.

We had Mike Fry, Davyd Smith and Aubrie Kavannagh.
All very much full of  knowledge of the NO KILL MOVEMENT.

Over the last week or so I have been sat reading and watching how the advocates are fighting the NYC ACC. It's all wrong. Also the fighting between each other is NOT helping.

I have spoken to about 10 advocates who do different things who are working towards their goals. I've told them my ideas. Which I am not putting right out there but in levels as we go through the correct channels.
I chose Aubrie Kavanaugh, Davyd Smith and Mike Fry. I didnt open phone lines for shouting of things I already know. Ie they do this they do that etc.

I need the advocates to UNITE AND BELIEVE so we can have even more followers to see we can do this and we can!!

We need to pass CAPA but we need to show them that we are a forced to be reckoned with.    We need to in an organised manner put a plan in place which advocates will be uniting in with me and  going to post on www.facebook.com/agm4nycacc. Each day will be action points so we are working together and knowing where we are at. This page isn't for individual cats and dogs as we need to stay focused on the goal and saving thousands of dogs. We need to show the world and the NYC politicians etc that we have a way we can save all these animals, that we have a network that works, that we can make them have more fans by saving not killing and in turn save money too.

So let's listen how we need to plan this and how Capa and the No Kill works and the levels we need to go up too to get this.

We need CAPA AND NO KILL MOVEMENT / NO KILL AQUATION TO ACHIEVE OUR GOALS.

We can only win when we all UNDERSTAND AND UNITE.

PLEASE START BY THIS POST BEING SENT TO ALL COUNTRIES ALL OVER THE WORLD AND TO ALL ADVOCATES SO THEY SEE WE ARE STARTING ON OUR MISSION AND WE WILL GET THERE.

Also take a look at https://www.nokillmovement.org/the-no-kill-equation

I am hoping once momentum works up and we get the page and radio show going even more we will have even more top celebs in New York, New York join us too. Please tag them.

Let's in memory of every dog and cat that died in the NYCACC share this put a memory in the comments and tag others in it.
Let's STOP this!!

** Mike Fry ** has worked in the animal sheltering field for more than 20 years. He ran Minnesota's first open-admission No Kill animal shelter for 15 years and now helps animal shelters across the USA and beyond to make the transition to No Kill status.

** Aubrie Kavanaugh ** is a U.S. Army veteran who works in the legal field with a focus on municipal defense. She is the founder of an animal welfare advocacy platform called Paws4change.com, the founder of a political advocacy group called No Kill Huntsville and is the author of a recently published book called "Not Rocket Science: A Story of No Kill Animal Shelter Advocacy in Huntsville, Alabama."
## 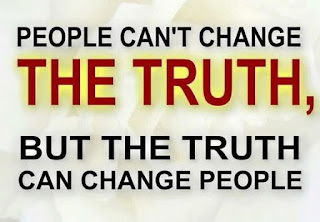 Posted by Ask Sue Radio Show at 12:13 No comments:

Well I have just done a very upsetting story regarding the incident of a dog shooting in Austin Texas. Where a police officer shot Buddy. The dog belonging to Jevon Armagh.
The incident happened on the evening of Friday 14th June 2019.

Austin Police Department shot my dog in the face on 06/14/2019.
The local emergency clinic was of no help either as they wanted thousand(s) of dollars upfront. He was stable but now he's laid to rest. To explain: My dog had escaped my fenced in backyard around 6:00pm somehow while I was in the bathroom. The cops got the call at 6:02pm, arrived at 6:08pm to find my dog laying on my front door's welcome mat, he was shot by 6:09pm. The police sergeant says "The gun was discharged after 23 seconds upon arrival." Help me stop cop on dog violence and raise awareness for pitbull owners across the country. Thanks for sharing this post or donating to this gofundme for a local pitbull charity called Love-A-Bull.

I'm still waiting for the press release, official report, and the body cam footage. Also, stay tuned for tv interviews and radio spots in the near future. 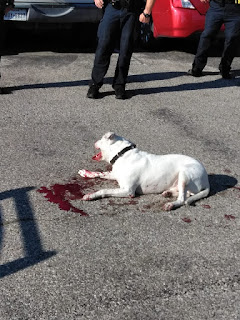 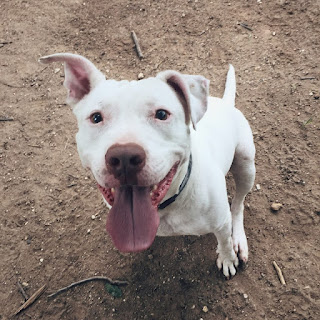 The Austin Police Department is aware of a dog shooting incident that is circulating social media. We want to share the facts of how this call came in and emphasize that APD officers never want to be in a situation to hurt an animal.
On Friday, June 14, around 6:01 p.m., APD officers were dispatched to the 4800 block of E. Riverside Dr. after receiving calls about a large dog that was running loose in the area and preventing residents from going in or out of their condos. Two officers arrived on scene. The first officer went to grab a dog leash from the back of the car and the second officer canvassed the area, making contact with the initial complainant. The dog got up and ran aggressively towards the officer and complainant at a fast pace. The officer fired one round, incapacitating the dog. Witnesses were present and the officer apologized for having to shoot the dog, but felt he acted accordingly with what would keep the complainant and himself safe.
After a few minutes, the dog’s owners came outside and claimed their dog. Officers advised the owners of what had transpired. Animal Control was en route to assist the animal, and officers provided the owners with information to the closest animal hospital in case they wanted to personally transport the dog for treatment. Medical attention was sought by the owners, but the dog’s owner ultimately decided to put the dog down.
The officers chain of command reviewed the incident and found the officer acted within policy. While it is unfortunate this incident took place, the officer acted accordingly to protect himself and others around him.

Please listen to the show where we are joined by Jevon owner of Buddy, Buddys dog sitter and Kristin Hoffmann who has done alot of research on dogs being shot by police having had two of hers shot. She has helped many people get information and closure following incidents of other dogs.
Please join ASK SUE RADIO SHOW

I want to thank everyone for sharing and caring and thank all of my guests coming on the show.

RIP Buddy you will not die in vain - we will make sure your death teaches many and helps to save others.

This is the next 4 shows.

Please register with BTR so you can join the chat room

Yes even more dogs shot by police.
Has yours been shot them email asksueshow@gmail.com

Here on this show on Tuesday 25th June 19. We are joined again by Janet Russell
Having general chats and also readings
Book in today by email asksueshow@gmail.com
Many thanks have a great day x

http://www.blogtalkradio.com/ask-sue/2019/06/25/ask-sue-radio-show-joined-by-janet-russell-long-island-medium-readings
Posted by Ask Sue Radio Show at 03:19 No comments:

Hey there all xx
Just a quick pop in
Hows everyone doing??
Weather sunny in Blackpool even though over cast.
At the moment couple of things going on in my life which I cant discuss right now but having to deal with. I cancelled the agony aunt show but it will be rescheduled.
I've been through quite alot in my life but feel it's to make me stronger and help people on my show. The next few shows of Agony Aunt will be topics where we struggle some will be ones I have had to struggle through my self.
So maybe whilst helping you all I will be healing myself.
Going to start putting updates through the blog as alot gets lost on Facebook. Plus Facebook blocking the link to this sometimes so by all means give it a share for me.
Anyone struggling in life message me even if you cant speak to family. It will be confidential x
As the saying goes "there is a time to talk and a time to shut the hell up"
I'm hear to listen and give a voice to the voiceless and give strength the weakest xx
Let's help all we can xx
Share the love today with just one smile one hug one care one share xx
Love to all
Ask Sue
Upcoming shows
ASK SUE ADVOCATE SHOW _MONDAY
ASK SUE PSYCHIC SHOW WITH JANET RUSSELL ON TUESDAY.
GO to SHOW PAGE
And join my 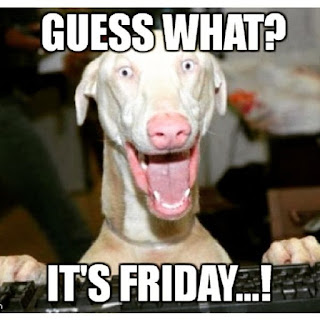 Posted by Ask Sue Radio Show at 03:33 No comments:

Do you want a PSYCHIC READING?

I have a team of Psychics ready to take your email.

Just email asksueshow@gmail.com and we will book you in onto one of the shows for ONLY £10

Or we can book you for off the air price given on request due to time you want and whether tarot psychic email skype face to face etc.

Give us a email asap as we are getting booked in

Posted by Ask Sue Radio Show at 06:25 No comments: